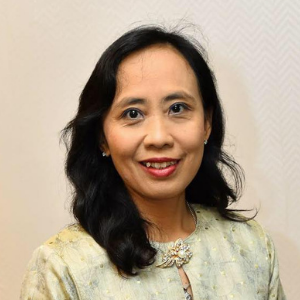 Rafidah Abdullah, born on the 22nd of November 1972 is currently a Consultant Physician and Nephrologist, Hospital Putrajaya. She had recently moved to this post from Hospital Sultan Haji Ahmad Shah, Temerloh, Pahang where she had led internal medicine services for west of Pahang since January 2013 (7 years). She currently holds many responsibilities including expert committees nationally and internationally. These include International Society Nephrology working group (interventional nephrology), chairman for Renal Palliative Care Committee for Ministry of Health Nephrology services and national lead for SUMMIT, a collaboration with St. George's University of London for post-graduate Medical Training Initiatives programme.

She had received many awards for Excellence throughout her career in Malaysian Ministry of Health since 1997. She is a social media health practitioner with combined followers of more than 500,000 across 4 social media platforms. She is the current vice president of MedTweetMY, an active NGO which had recently collected a donation of more than 1 million for COVID19 front-liners. She has had many abstracts, publications, invited to deliver lectures in numerous international and national meetings over the years.